Our Price includes Australia-Wide Delivery with Tracking and Transit Insurance! Compact, lightweight yet incredibly powerful, the Stage Pro has been designed by portable PA Giants – Chiayo, with the stage in mind.

Make no mistake, the Stage Pro will fill the room with your sound – without filling your stage. If you are planning to use the Stage Pro outdoors, prepare to be surprised at the level and quality of sound that this compact system produces.

At southcoastmusic, we have been advising our clients and in turn their friends since 1985 with all manner of Public Address systems. The Chiayo Stage Pro is by far the most remarkable and capable compact wireless PA system we have the pleasure to offer and you should be impressed too! 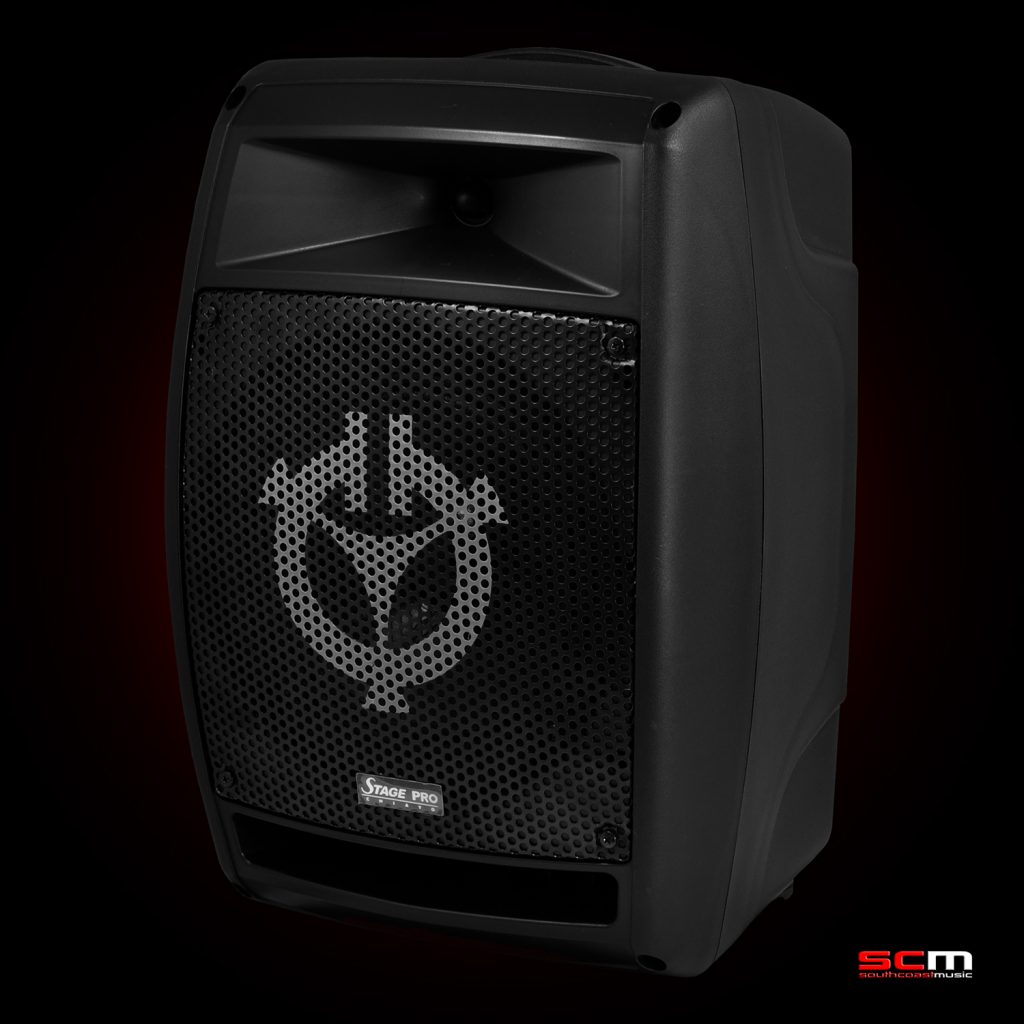 Chiayo have also designed the Stage Pro to be modular. You are able to choose from a wide range of options. You can order your Stage Pro with up to Four Wireless Receivers, Hand Held or Belt Pack Transmitters – or a combination of both, Bluetooth connectivity as well as media playback and recording devices. With a full set of EQ controls and inputs for musical instruments, wired microphones and audio plaers as standard, the Chiayo Stage Pro is versatile enough to be used in almost any environment and situation. If you choose to use the spectrum in the 520 – 694 MHz range, you must not cause interference to television and radio services who also use this spectrum.

Find out what spectrum is available in 520 – 694 MHz for wireless microphones in your area by using the ACMA’s online channel finder.

Simply type the street address of where you intend to use your wireless microphone into the channel finder and it will tell you what spectrum is available in your area.

The Chiayo Electronics Company was founded in 1971 in Chiayi City, Taiwan. In the beginning, the company’s main focus was on the manufacturing of Electronic Condenser Microphones (ECM). Chiayo were the first manufacturer to produce this kind of microphone in Taiwan. A few years later Chiayo recorded another first by introducing the first FM wireless microphone in Taiwan. This was followed by pioneering the wireless microphone systems all the way from VHF, UHF, Infrared and fixed frequency to the more modern PLL (Phase locked loop) -Synthesised technology of today.

After more than 3 decades of development, Chiayo is now recognised worldwide as a leading designer and manufacturer of professional wireless microphone systems and wireless portable sound systems. It’s also one of the few companies in this field in the world that can boast its own original RF (Radio Frequency) and AF (Audio Frequency) design, from the entry level to the state-of-the-art PLL-Synthesised multi-channel UHF system with proprietary features. The strength of Chiayo lies in its vast experience and industrial know-how in the field. This valuable heritage of technical knowledge, skill and experience have enabled Chiayo to enjoy the confidence of the most demanding customers in the world.